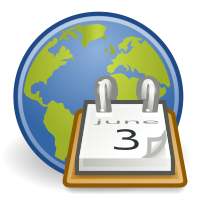 Martin Luther King Jr. Day 2020 marks 25 years of MLK Day as a National Day of Service,[1] and 20 years since it has been observed in all 50 states. It has been observed a federal holiday in the United States since 1986. Though King's actual birthday was January 15, 1929, it is being celebrated this year on January 20 due to the Uniform Monday Holiday Act.

Wikipedia has an article on Martin Luther King Jr. in 152 languages, from Arabic to Yoruba. In English Wikipedia, the subject is considered a "Level 4 vital article", as one of about 2,000 biographies and 10,000 articles overall that are prioritized to reach Wikipedia's highest quality ranking, featured article status. It is a featured article in French Wikipedia, and a good article (generally the second-highest quality ranking) in English, as well as in Danish, German, Finnish and in the N'Ko language of West Africa (ߡߊߙߑߕߍ߲߫ ߟߎߕߍߙ ߞߌ߲ߜ߭ ߘߐ߰ߡߊ߲). The Wikidata item for King is linked to authority control for identifiers in 89 external databases.

A number of historic public domain photographs depicting King are recognized on Wikimedia Commons and other projects. 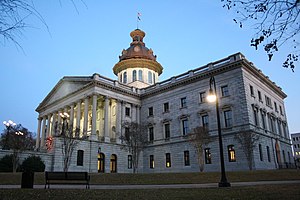 The South Carolina State House is the location for the NAACP 'King Day at the Dome', which assumes particular importance given the upcoming February 29 South Carolina primary, the "First in the South" of the 2020 Democratic Party presidential primaries and a test of candidates' African American support.[2] It is the 20th annual observance there, with the first in 2000 to protest the flying of the Confederate flag from the dome. The theme this year is “We Vote, We Count, Our Voices Matter”, and 3,000 are expected to attend.[3] This comes at a time when candidates of color have been departing from a field that was once considered the most diverse in history, and particularly have been absent from recent primary debates. Booker and Sanders spoke at 'King Day at the Dome' last year,[4] while Biden, Gabbard, Sanders, Steyer and Warren will appear this year.[5] Harris announced her candidacy on MLK Day last year,[6] but has since dropped out of the race, as has Booker, the second most prominent African American candidate.

The Iowa Brown and Black Forum will feature Bennet, Biden, Buttigieg, Delaney, Klobuchar, Patrick, Sanders, Warren, and Yang on that day, with several candidates traveling to both states.[7]

In Alabama, Jefferson County Courthouse is preserving the last jail cell where King was detained in 1967, shortly before his assassination in 1968. King had returned to activism in the city and was arrested on charges stemming from his Birmingham campaign four years earlier. The 7th floor cell had been kept when other spaces were renovated in 1996.[8]

At Naval Station Pearl Harbor, the U.S. Navy will announce the naming of the newest Gerald R. Ford-class aircraft carrier (CVN-81, sister ship of the USS Enterprise) after Doris Miller, who was awarded the Navy Cross for his actions during the 1941 attack on Pearl Harbor, manning anti-aircraft guns despite African Americans being restricted from combat roles at the time and therefore having no formal training in their use. The destroyer escort USS Miller was an earlier ship that bore his name.[9]

MLK Day this year will also be the occasion for a Free Entrance Day at national parks across the United States.[10]

In Iowa, the Clear Creek Amana Community School District designated MLK Day a make-up snow day, prompting a petition in opposition to the move by parents.[11]